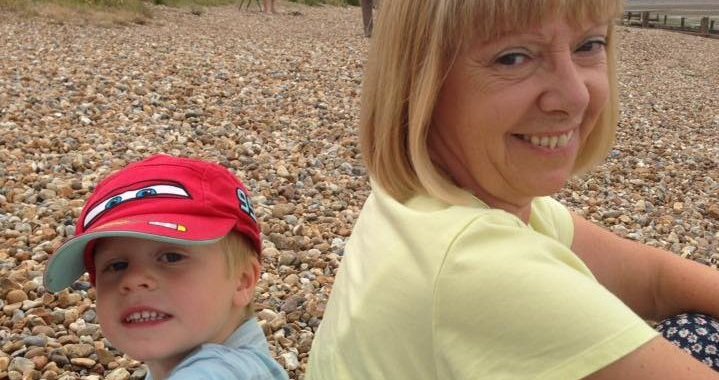 Our thanks to Mary Nolan for writing for us on the subject of families and mental health.  Mary is one of our main session speakers at the Growing Families: Facts, Fiction and Other Stuff event in Manchester this October, and will be delivering the section on Understanding Baby, in conjunction with Helen Ball of the Durham University Parent-Infant Sleep Lab.  This is her second blog post for us, her first being “All Change! Some totally new parenting advice is about to arrive!”

I’ve just finished reading a fascinating book about what it was like for children in the nineteenth century. Some of the facts and figures quoted were startling. At the start of the century, about one baby in four died before reaching his or her first birthday and another one in four died before they reached the age of 15. Across Europe, enormous efforts were made to identify the cause of infant deaths and governments became increasingly involved in trying to protect children through such measures as limiting the hours they worked in factories and mines, introducing compulsory primary education, improving sanitation and reducing overcrowding in urban housing.

Such measures were largely successful and today, being born and being a baby, toddler and child, aren’t anywhere near as hazardous as they were two hundred years ago.

However, there are new hazards – or, at least, there are hazards that we’re now much more aware of because we don’t have to spend so much time worrying about our children’s physical health (not that we don’t still worry about this, of course!)

A survey carried out by Action for Children last year found that parents worry more about their children’s mental health than any other health issue, including diet, weight and serious illnesses such as cancer. The Chief Executive advised that, ‘Spending time and money preventing a problem rather than repairing the damage is the right and logical thing to do’. I could not agree with him more.

The best way to support children’s mental health is by supporting their parents’ and by being clear about the value and importance of families, however the family is constructed. Families may be constructed in different ways in the 21st century just as they were in earlier centuries.  (Until I read the book I mentioned at the start of this blog, I thought that 19th century families always consisted of a father and a mother and a (large) number of children. This is not true. A lot of children were brought up by relatives other than their parents because one or both parents had died; there were a lot of single-parent families, and probably as many families combining children from different marriages as there are today.) The key to successful families lies not in who the family members are but in how they relate to each other.

Let me share with you an example of the transformative power of a family. A couple I know very well had three children whom they raised to adulthood and saw happily settled with partners and families of their own. Now in their fifties, this couple decided to adopt five siblings, three girls (including twins) and two boys, whose own parents were unable to care for them owing to longstanding and deeply ingrained problems with drug abuse. The children were aged from a few months to five. The first thing I want to do is to honour this amazing couple who, not in the first flush of youth, had the courage to take on such a commitment.

The baby they adopted needed the usual amount of attention babies need (i.e. a lot!) but the other children needed even more attention to help them settle in their new home and with their adoptive parents. Let the camera roll and ten years later, these children, now aged 10 to 15, are the happiest, most sociable, fun-loving kids you could ever hope to meet. I had the privilege of being at a social event with them recently and enjoyed lovely conversations with the oldest girl about her ambition to become a child psychologist; with the middle children about football, mobile phones and dancing, and the youngest boy about how to manage bulls (they live on a farm)!

This is a story of tragedy and joy. The birth parents have lost the care of their children and remain poorly and in receipt of mental health services. That is a tragedy. The adoptive parents have given five highly vulnerable children a family that has enabled them to thrive and to realise their innate potential to be happy young people who will make a contribution to the European country of which they are citizens. That is a cause for joy.

This isn’t a plea for more adoptions; the outcomes are not always as successful as the example described here. But it is a plea for supporting families because they are so important in shaping the adults we become.

So my wish list for children’s mental health would first and foremost, prioritise parents’ mental health because that, maybe more than anything else, impacts on children’s wellbeing. Children of depressed parents have a 50% risk of developing depression themselves before the age of 20 according to the Mental Health Foundation. I think preparation for parenthood education should include opportunities for mothers and fathers-to-be to explore their personal strategies for maintaining good mental health and learn some new strategies, such as relaxation and mindfulness skills.

Next, I’d make sure that families have enough to live on. The single most critical risk factor that predicts later mental health and behavioural problems in children is poverty. The research tells us that poverty threatens parents’ positive interactions with their children and makes it more likely that negative and punitive relationships develop.

Thirdly, I’d take some simple measures to support pregnant women who have a history of mental illness or are suffering with antenatal depression. I’d use a buddying system whereby a trained, sensitive, empathic professional, or lay person, visits the mother regularly throughout her pregnancy, supports her at the birth if she so wishes, and continues to visit for as long as the mother wants after the birth. The ‘service’ would be simple friendship with an opportunity for the mother to talk about her feelings and to think about her relationship with her baby.

But to reiterate: offering support and education at the earliest possible moment – and that probably means educating young people in schools about positive mental health well before they become parents – is surely the way forward.  We should certainly be ‘intervening’ in pregnancy with information, education and support. So if you’re pregnant right now (congratulations!) and are looking for antenatal classes, do ask whether the curriculum includes positive mental health strategies for parents and babies. You might feel that you really don’t need this kind of input, but you never know and what you learn will still be very useful if ever you find yourself supporting friends and family members in the future.

Facts, Fiction and Other Stuff